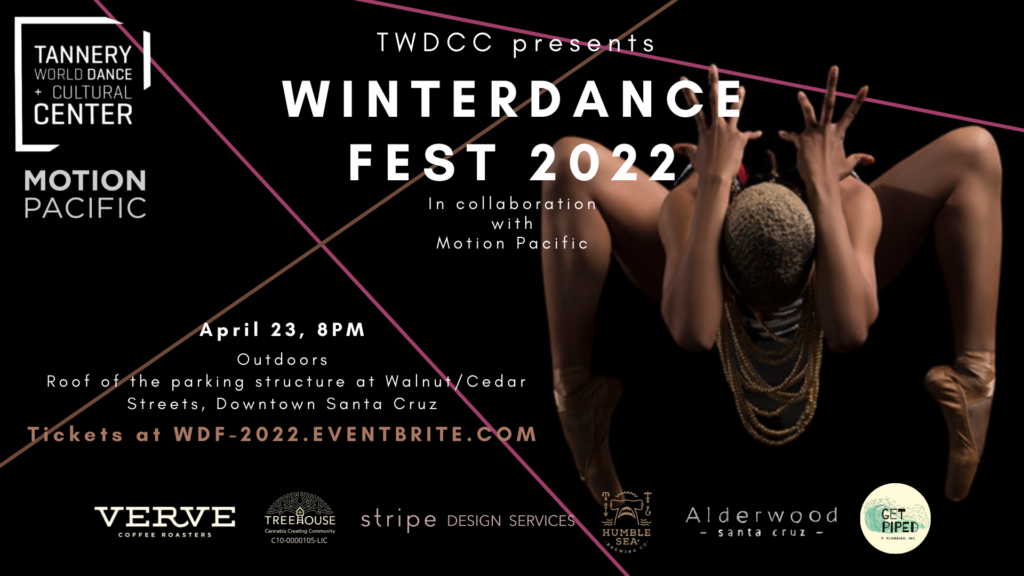 WinterDance Fest 2022 features premieres from a cast of world-renowned and emerging choreographers in a COVID-safe outdoor performance, downtown, on the roof of the parking structure at Walnut and Cedar streets.

WinterDance Fest 2022 centers and highlights Black choreographers in the midst of Santa Cruz-wide Dance Week. WDF 2022 presents highly technical and expressive forms of contemporary dance from across a spectrum of traditions in a familiar but innovatively-used venue.

A
Month of
Virtual Premieres

A Virtual Performance
every Saturday of February

View the full WinterDance Fest 2021 show!
Click the button below, pay $10 admission through Paypal and you'll be redirected to the show.

Read about the featured artists and their pieces here

presenting This is Why I Can’t Go Home

a self-choreographed solo exploring the complex freedoms of longing, escapism and finding destination.

Taliha Abdiel began her dance training with the Garth Fagan School of Dance in Rochester, NY at the age of 4. Taliha is a professional and inspired individual with a background in ballet, contemporary, modern, street dance styles, and ballroom, furthering her training and education at California Institute of the Arts where she is currently attending her final semester. For her work in both dance and choreography she has received awards such as the Herb Albert Scholarship for Emerging Young Artists and a Princess Grace Nomination. Taliha has traveled and performed her work globally at the Centre National de la Danse in Paris, France and nationally from New York to California. Sha has worked with dance companies and brands such as Wayne McGregor, Nike, Prada, Garth Fagan, Tandy Beal and more. 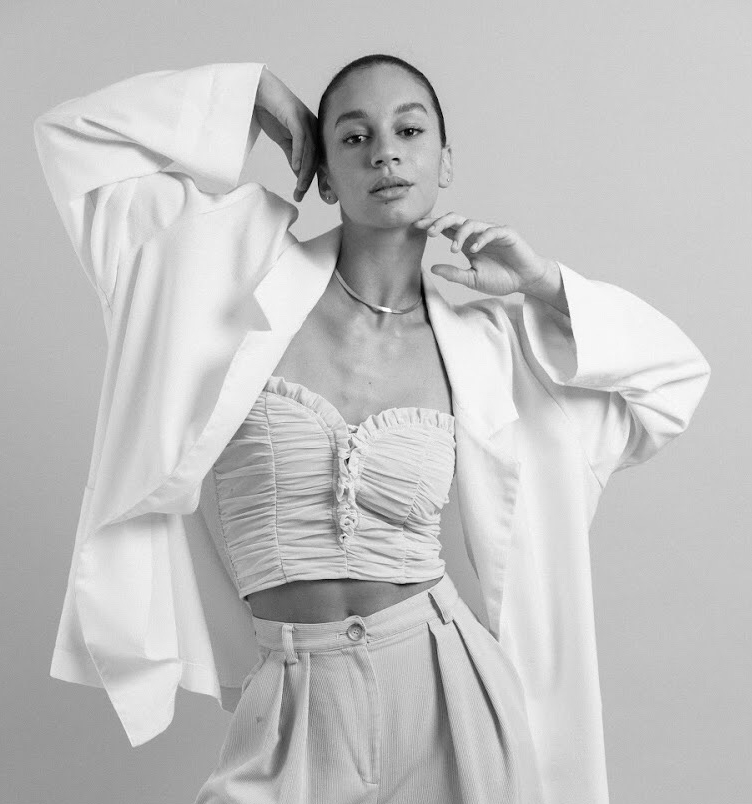 click here to watch
This Is Why I Can't Go Home 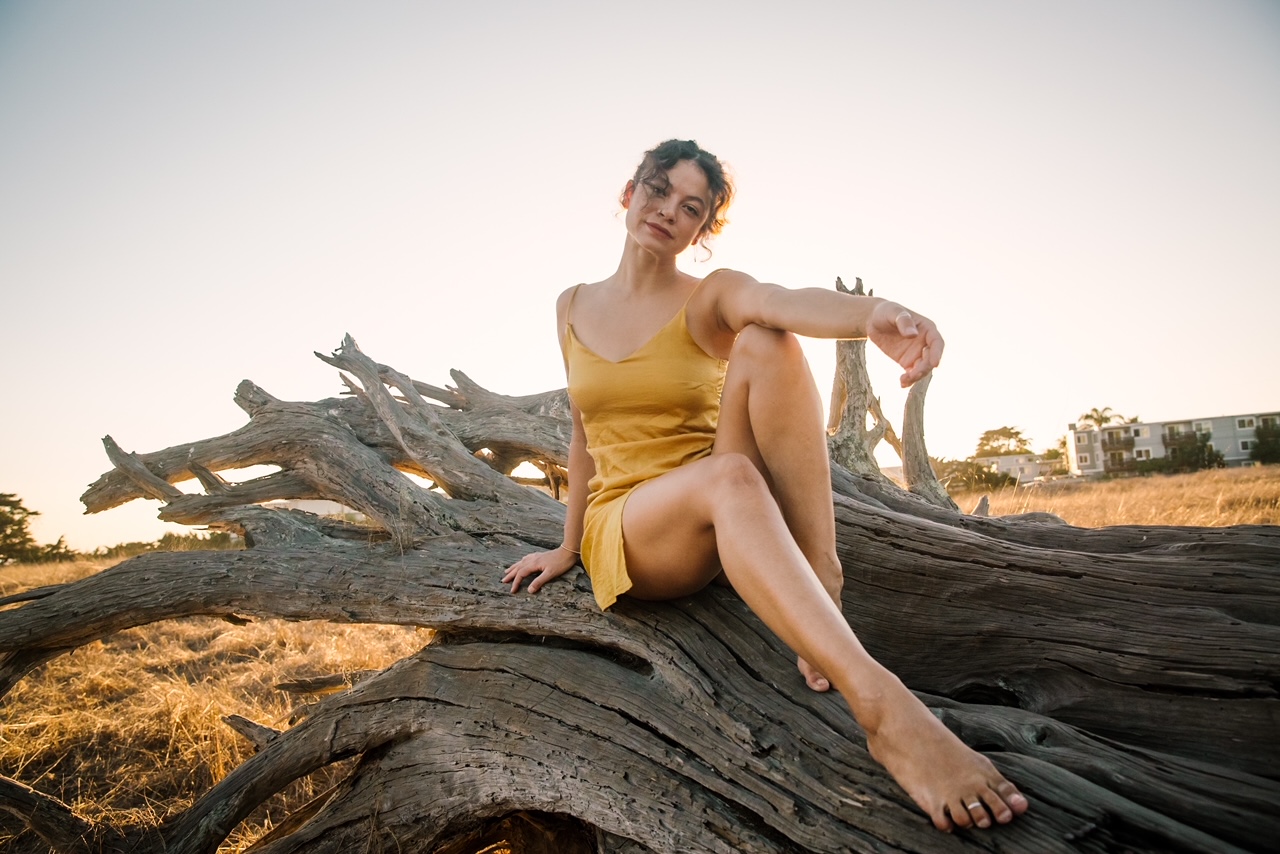 Angela Chambers, an Oakland native, raised in Berkeley, spent most of her young life performing Musical Theater. Introduced to formal and contemporary training upon moving to Santa Cruz to attend UCSC, Angela has had the privilege to develop and expand her knowledge of (and relationship with) dance not only as an art form, but as a tool for personal growth and even as a catalyst for social change. At UCSC, Angela performed, directed and choreographed in many student and faculty-led productions; after graduating in 2014 with a BA in Intensive Psychology and Dance, Angela continues this work as a performer and choreographer within the Santa Cruz dance community and furthers her training through residencies and intensives – most recently with Shannon Mather, A.I.M, and Garth Fagan Dance. Alongside performing, Angela spends most of the season teaching at the Tannery World Dance and Cultural Center and Motion Pacific. When not dancing, Angela pursues her love for working with and supporting young dancers and the community as a Y.P.A.D certified Health and Wellness teacher and as the Development Director/Programs Manager at TWDCC.

click here to listen to Angela
on Speak for Change

Ode is dedicated to my students who have shared their lives with me. Who have opened up about the hard times, the moments of uncertainty, and the heavy feelings that ebb and flow. It is an ode to the weight of carrying those feelings, a call to take care of oneself as you do so, and a reminder of lighter and joy-filled times ahead. It is a celebration of their resilience and an acknowledgment of their reality.

presenting a solo from The Human Project

Gregory Dawson/dawsondancesf will present a solo from its upcoming premiere of The Human Project. The full composition will explore themes of change, sacrifice, community, and death, as seen through the eyes of a gay, black man who lived through the AIDS epidemic of the 1980s and 90s with a main focus on Oakland and the East Bay.

Using my life experience and research, we will create a composition that taps into self-examination and Truths about community and self-survival, and how this experience shaped artistic and life choices. How those choices infiltrated Artistic voices giving way to expression, breath, understanding and will. 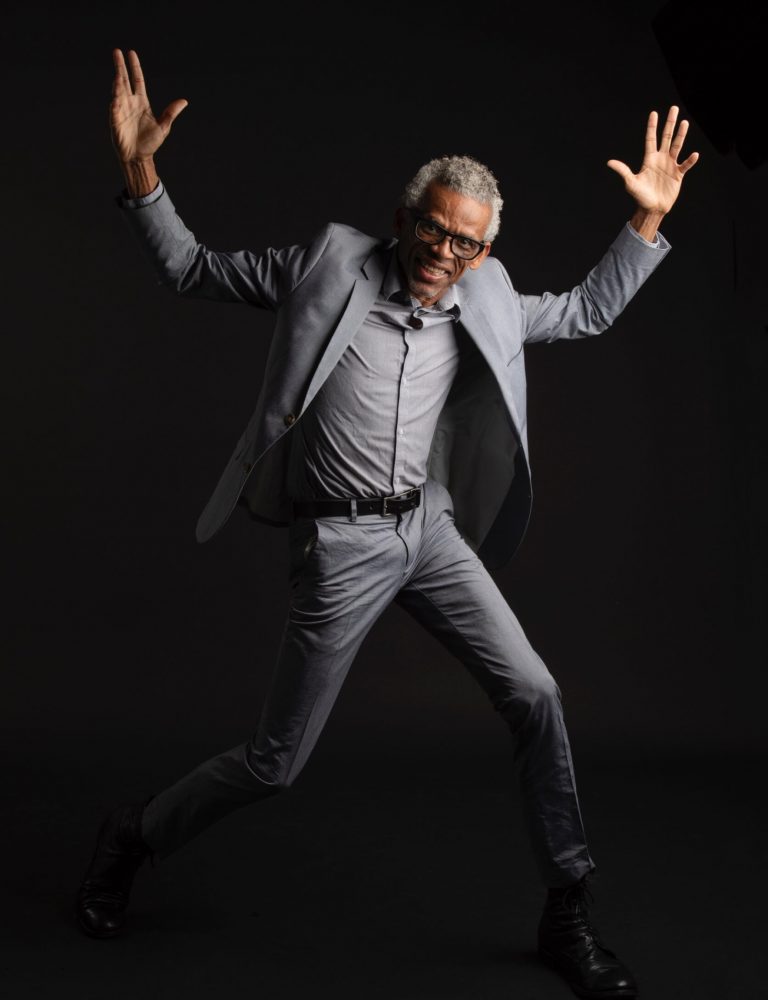 Gregory P Dawson, former Lines Ballet dancer, received his BA from Saint Mary’s College. In 2007, he formed dawsondancesf (ddsf) as an outlet for his choreographic goals and vision. Shortly thereafter, he created “which light in the sky is us” for Company C Contemporary Ballet (nominated for an Isadora Duncan Award for choreography) and became the Assistant Director of the California State Summer School of the Arts’ Dance Department in Southern California. In the fall of 2011, Mr. Dawson became Artistic Director of Dawson Wallace Dance Project in Denver, Colorado (formerly David Taylor Dance), where the Denver Post named him “the best choreographer in Denver.” Soon after, Dawson received a CHIME grant, partnering him with choreographic mentor Elizabeth Streb for one year. In September 2013, dawsondancesf re-established its presence in San Francisco with the world premiere of “fabricca matterasso d’argento” at Zaccho Dance Theatre. Following this, Mr. Dawson created “birds eye view” (a collaboration with the Richard Howell Quintet) for the 2014 Black Choreographers Festival, which received an Isadora Duncan Award in 2015. Also, ddsf presented “MONOCHROME” at the BAN7 Festival 2014 in San Francisco. In the Fall of 2014, Dawson premiered “in this moment” with Richard Howell. The Zellerbach Foundation funded ddsf next premiered, “intrinsic motion project“, and this past summer 2015 ddsf completed 5th week residency at CSSSA’s summer intensive at Cal Arts where Dawson is assistant to the Chair. In spring of 2015, ddsf premiered Intima produced by Al’myra Communication which collaborated with Ali Kaf – visuals, and Ashraf kateb – music. dawsondancesf made its debut in New York City in the Fall of 2014, at Baurch College, with a return in September 25-27 of 2015. Dawson currently teaches and choreographs for all the LINES Ballet Educational Programs. 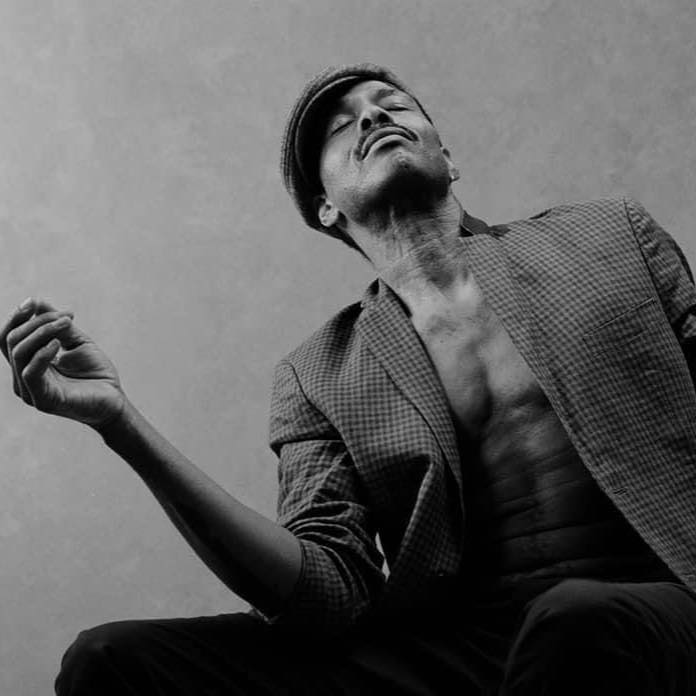 to find balance between opposing elements

Norwood Pennewell (Rehearsal Director/Assistant to Mr. Fagan) who joined Garth Fagan Dance in 1978, is the quintessential Garth Fagan dancer and Fagan’s assistant and muse. Pennewell is a recipient of a 1988 Bessie Award and has had several major works created for him, including Passion Distanced, Time After Before Place, and Moth Dreams, among others. Pennewell’s dancing has been seen on PBS’ Great Performances, The Tonight Show, and Duke Ellington’s Queenie Pie. In 1994, he was invited to perform in the 66th Annual Academy Awards broadcast. Pennewell teaches both company and master classes for Garth Fagan Dance. He assisted Fagan during his work on Broadway’s The Lion King and the NYC Ballet 50th anniversary Ellington Project. Pennewell had his first choreographed premiere in 2010 with Hylozoic and presented Liminal Flux in 2011. Pennewell has choreographed seven works for Garth Fagan Dance: Hylozoic (2010), Liminal Flux (2011), Gin (2013), After Hours (2014), So You See (2015), A Moderate Cease (2016), and this year, he choreographed WeCoo Duende to critical acclaim.

Make a donation in support of WinterDance Fest

An annual celebration of contemporary dance on the Santa Cruz Stage

featuring the choreography of:

all photography by Devi Pride 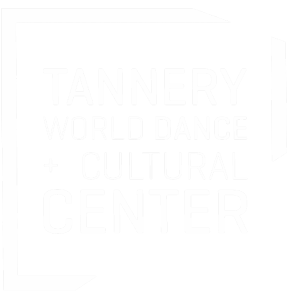