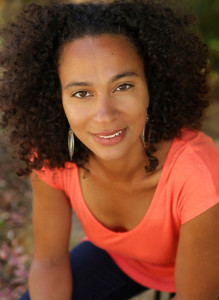 Cat Willis is the founder and director of the Tannery World Dance & Cultural Center. She has lived in Santa Cruz for 14 years. She is originally from Rochester, N.Y., where she began her dance education with Garth Fagan Dance, with whom she studied extensively for six years. She holds a Bachelor’s Degree in Dance from SUNY Brockport. Her passion for cross cultural understanding, dance arts research, study, and performance has led her to Central America, the Caribbean, and West Africa. She has taught dance throughout Santa Cruz, including two years with Mountain Elementary School as resident choreographer. Cat serves on the Arts Council of Santa Cruz Grants Advisory Committee, the Arts Council of Santa Cruz grants panel, and was the 418 Project’s 2009 Artist in Residence and the Theatre Bay Area’s CA$H grant recipient in Dance. Cat was a featured 2014 TEDX Santa Cruz speaker and was recently nominated for The Su Job Award for Education by Artspace. Her work through her dance company, DIASPORA, has been shown throughout Santa Cruz and the San Francisco Bay Area. She received the 2015 Gail Rich Award for her work through the Tannery World Dance & Cultural Center.

Angela Chambers, an Oakland native, raised in Berkeley, spent most of her young life exploring Musical Theater. Introduced to formal training in Modern, Contemporary, Jazz and Ballet upon moving to Santa Cruz to attend UCSC, Angela has had the privilege of developing and expanding her knowledge of and relationship with dance as an art form and a platform for social change. At UCSC Angela performed, directed and choreographed various student and faculty-led productions. After graduating in 2014 with a BA in Intensive Psychology and Dance, Angela began teaching at Motion Pacific, Tannery World Dance and Cultural Center, and Magic Apple. Alongside teaching, Angela continues to pursue her passion by collaborating and performing within the Santa Cruz dance community with many local choreographers and companies, and is a founding member of ShifTheGrid, a locally based dance collective that received the Incubator Project Grant in 2015. When she is not dancing, Angela pursues her love for working with and supporting young dancers and the community by spending her time as a Health and Wellmess teacher and as the Assistant Director and Fundraising Coordinator at TWDCC. 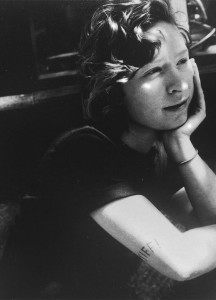 Lisa is thrilled to be a part of the TWDCC administrative team. Her interest in arts facilitation weaves through stage management to administrative internships at the Wooster Group and Dixon Place in New York, and a string of Civic Liberal Arts and Humanities Fellowships aimed to bolster arts education in prisons and to foster nontraditional modes of collaboration between artistic collectives. Alongside her work at TWDCC, she keeps the dream alive for so many kids with Tandy Beal & Company as an intern and admin assistant, and can be seen in local performances and dance classes.