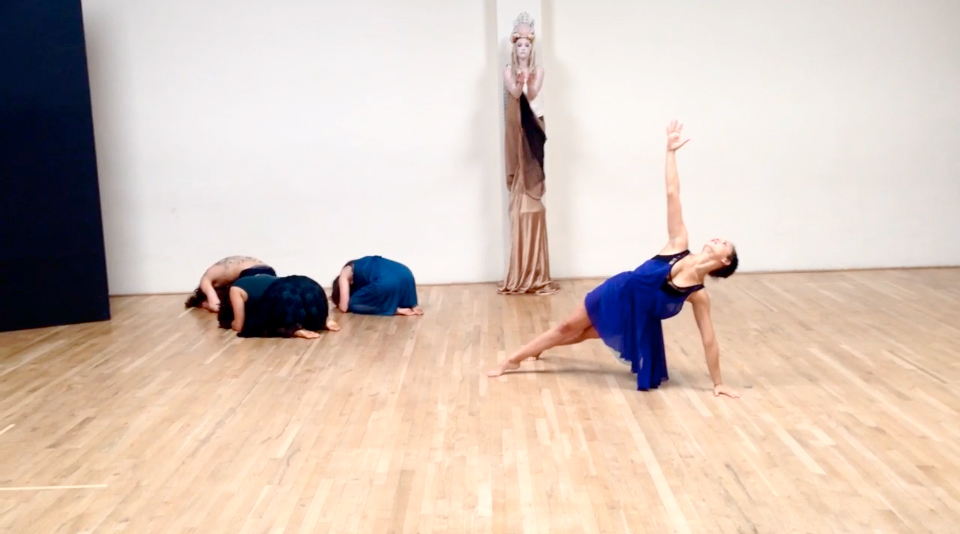 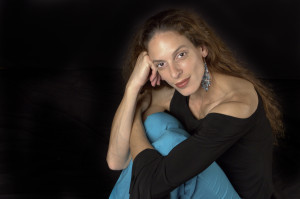 Micha Scott has performed on stages around the world as a 13-year senior member of the renowned Garth Fagan Dance. Ms. Scott was a  teacher at the Garth Fagan Dance School in Rochester, NY, and has taught master classes and workshops for the company worldwide. While in the company she performed leading roles in many of Mr. Fagan’s works, including ‘From Before’, ‘Collage For Romie’, ‘Transition/Translation’ and the seminal collaboration with trumpeter / composer Wynton Marsalis, ‘Griot New York’. She has been featured in Essence, Time Magazine, and Dance Magazine, and as a soloist in the PBS televised series Dance In America.

Ms. Scott currently lives in Santa Cruz, CA and is deeply involved in the dance community there. She is Artistic Director at Tannery World Dance & Cultural Center (since 2011), resident choreographer at Mountain School (since 2008), she is a lead teacher in Tandy Beal’s in-school residency dance program ArtSmart (since 2016), and a dance instructor at Dancenter (since 2008). Over the past 11 years she has also taught at Motion Pacific, Steps, No Limits, International Academy of Dance, Kirby School, Mount Madonna School, Monterey High School, Seaside High School, Cabrillo College, and has held the position of lecturer in dance at Santa Clara University (2009, 2011, 2013, 2015), the University of California at Santa Cruz (2012), and at the State University of New York at Brockport (2000). She has showcased her choreography in a family show titled ‘MICHA SCOTT DANCES’ and is Artistic Director of Empire Dance Company. 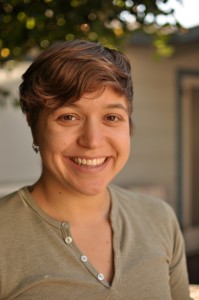 Molly has been dancing for 20+ years and teaching for 10+. Molly dances with Joe Goode Performance Group in San Francisco while she teaches at Motion Pacific, Georgiana Bruce Kirby Preparatory School, and Tannery World Dance and Cultural Center in Santa Cruz. 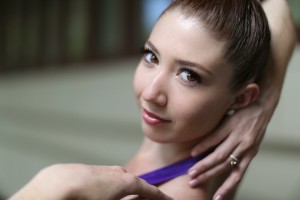 Mercedes Ross is a choreographer, dance instructor, and dancer in Santa Cruz Bay Area. With a BA in Dance from The University of Hawaii at Manoa, she has danced in Hawaii, New York, and locally with Tandy Beal and Company, Empire Dance Company, and Move, Speak, Spin. Serving as the executive director for Modern Collective Dance Company, currently providing corporate entertainment to the Bay Area. Mercedes has had the pleasure of sharing the art of movement at The Tannery World Dance and Cultural Center, Mount Madonna School, All About Theatre, and other dance studios.

Angela Chambers spent most of her young life exploring the world of Musical Theater. Introduced to formal training in Modern, Contemporary, Jazz, and Ballet upon moving to Santa Cruz to attend UCSC, Angela performed, directed, and choreographed various student and faculty-led productions. After graduating in 2014 with a BA in Intensive Psychology and Dance, Angela began teaching at Motion Pacific, Tannery World Dance and Cultural Center, and Magic Apple. Alongside teaching, Angela continues to pursue her passion by collaborating and performing within the Santa Cruz and Bay area dance community.She is a founding member of ShifTheGrid, a locally based dance collective that received the Incubator Project Grant in 2015. When she is not dancing, Angela pursues her love for working with and supporting young dancers and the community by spending her time as a Health and Wellness teacher and as the Assistant Director and Fundraising Coordinator at TWDCC. 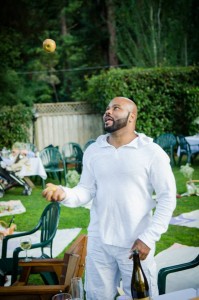 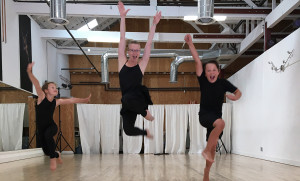 Heather Wilder has been teaching Modern and Partner dancing to people of all ages for 26 years. In 1996, she graduated with a minor in dance from Humboldt State University. In 1999 she won the WOR swing dance championship in New York and in 2003 she was cast as a dancer in “Swing, The Movie”.  Heather’s love of dance inspired her to develop her own dance program which teaches modern dance basics with an emphasis on joy and acceptance in the dance environment.

“When I consider my teaching philosophy, I think about what dance has given me. #1 JOY!  I want my students to have fun and love what they are doing. I want dance to bring them joy. #2 CONFIDENCE!  I want my students to believe in themselves, love their bodies, and appreciate what they can do. I want dance to raise their confidence.If I can bring either of these elements to class (and maybe slip a little technique in there too), I have succeeded!” 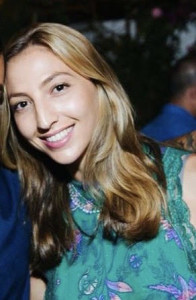 Movement classes led by Leela Kalow  is a practice influenced by the work and philosophies of the Ido Portal method. In these classes students develop a generalist movement perspective; oriented towards growth and evolution across all fields and areas in life.

This practice blends elements from several disciplines such as dance, gymnastics, martial arts, yoga and parkour. Students develop and refine linear and organic strength, mobility, coordination, physical intelligences and cultivate an awareness of a movement and an internal practice. The focus is to foster deep exploration in each individual no matter their skill level and to encourage creativity and play.

Leela and her partner Dean are the only two people in Santa Cruz, California teaching the Ido Portal Method under his direct guidance in his Mentorship Program.

Donna Von Joo-Tornell has a BA in dance from San Jose State University. Donna is certified in Progressing Ballet Technique and has been on the faculty of Dancenter and UCSC. She has performed with Shipp Dance Theatre, Margaret Wingrove Dance Company, Limón West Dance Company, Limón Company, and others. She has been a dancer for a diverse collection of choreographers: Sharon Took-Zozaya, Kim Shipp, Emilie Plauché, Erica Essner, Cat Willis, and others. She is artistic director of Atelier5 dance company and ArtPath, bringing dance arts to public schools. 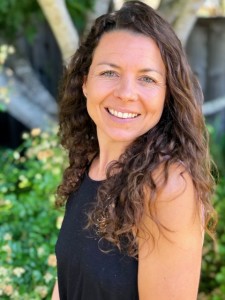 Jenny Bennett has had a love for ballet her whole life! She started dancing at 2 years old and never stopped.  She grew up in Southern California and started her early training until the age of 14 with Joanna Santor where she found the joy of ballet.  From there she went on to study under full scholarship with Patrick Frantz, former premier dancer of the Paris Opera Ballet.  At the same time she was asked to study with Stanley Holden.  During the summers she studied at Virginia School of the Arts, Los Angeles Classical Ballet, and the Westside School of Ballet.  She also danced professionally for Pasadena Dance Theater under the direction of Cynthia Young.  She continues her training now under Rebecca Blair and is also certified in Progressing Ballet Technique. She enjoys being mom to her two kids Ruby and Kale, surfing and working with youth in a local non-profit. And now she is excited to pass on the gift of ballet with students and see the joy that comes from dance as they are growing in their skill. 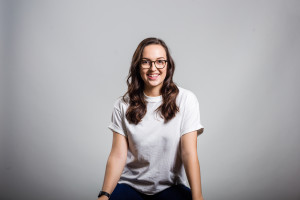 Lauren Korth has a BA in Environmental Studies and Minor in Dance from UCSC. Since starting dance in a Tap class at age 4, Lauren carries over 20 years of dance experience in Contemporary, Tap, Hip Hop/Urban Dance, and Ballet. As a competitive dancer in Sacramento for much of her adolescence, Lauren has a deep understanding of technique and choreography. At UCSC Lauren danced and choreographed for multiple shows, including Random With a Purpose and En Route: Urban Dance Showcase — both of which she co-directed during her final year. Lauren currently dances with re.DEFINE Collective, an adult competitive hip hop team, in Hayward, CA. Whenever possible, she strives to infuse her different styles of dance into one another.

It was at the age of three when Charleigh France was introduced to dance. At the age of 5 she won her first competition and from there she has continued to pursue dance as a professional career. At 14 she joined the San Jose Ballet School, which became a part of the San Diego State School of Music and Dance. Being a part of this modern based program allowed her to travel, such as attending the World Dance Festival in Poland, which included work by Johannes Wieland and Idan Cohen (Israel), and a summer intensive at Tisch School of the Arts in New York City, along with master classes at Julliard. There she participated in choreography work by Ronald K. Brown, Battleworks and Gina Gibney Dance Company. A move to Vegas led her to work with Cirque Du Soleil along with cast members of Jubilee. In Mexico she choreographed and performed with Barcelo Resorts and CoCo Bongo. She has also been recognized by recording artists such as Ciara, Christina Agulaira and Busta Rhymes along with a participant in So You Think You Can Dance in 2008.Most recently Charleigh was featured on ESPN as choreographer for the opening of The Humanitarian Awards in memory of Muhammad Ali, choreographing for Disney World and becoming a part of the dance hall of fame in 2017. 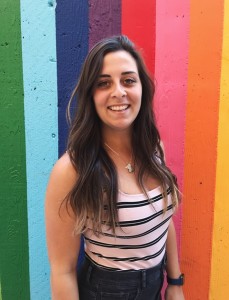 Rachele Chenowith started dancing at age four in Oakhurst, California. She danced on a competitive dance team for ten years at Velocity Dance Studio and has dance experience in many different styles such as Ballet, Jazz, Contemporary, Hip Hop, and Tap. Rachele came to Santa Cruz in 2015 and has studied in the Cabrillo College dance program since. It is there that she also found a new love for Modern dance. Rachele has received both the Tandy Beal and Roberta Bristol scholarships at Cabrillo College and graduated in Spring 2019 with an AA in dance. She has been accepted into San Jose State University’s BFA dance program and is excited to be starting Fall 2019. Throughout the past 4 years Rachele has had experience teaching for dance studios choreographing at Cabrillo College, CYT Santa Cruz, and elementary schools. She pursues her dance career by dancing with and performing for Motion Pacific and Stephanie Emmanuela’s dance company, Agua Doce Dance. In the past, Rachele has also performed for CYT Santa Cruz and many times at Cabrillo College 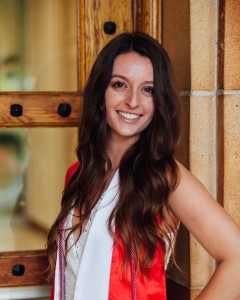 Kari Adams has been dancing for 18 years and has trained in many styles including Ballet, Jazz, Contemporary, Modern, Latin, and Hip Hop. She grew up in Santa Cruz where she trained at Dancenter for 13 years and was a member and choreographer of Harbor High’s Escapade Dance Company. She continued her love of dance into college as a both a member and head director and choreographer of the Chico State Dance Team. She has her BA in Sociology with a minor in Health and Wellness